Welcome to Ahavas Sholom – an Historic Landmark and Sacred Space 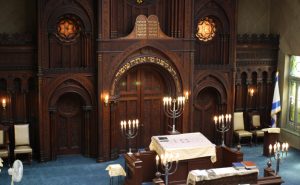 The Jewish Museum of NJ 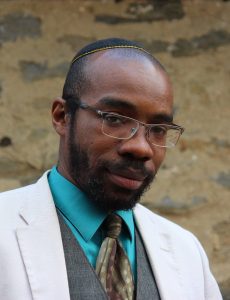 MaNishtana (aka Rabbi Shais Rishon) a blogger, playwright, and novelist, in addition to being a congregational rabbi. The Forward has described him as an “Orthodox polymath” and “a deft and acerbic observer of the intersections of race and faith,” who “will make you both laugh and think deeply.” MaNishtana describes himself as 100% Black, 100% Jewish, 0% Safe.

2:00 pm: MaNishtana will give his keynote, followed by an NJPAC Jazz for Teens performance of a new musical work about Newark native Sarah Vaughn, and a panel discussion on civil rights in which Rabbi Rishon will participate.

To read the Forward’s article on MaNishtana click here.

The Rev. Dr. Martin Luther King, Jr. Celebration is part of the NJPAC TD James Moody Jazz Festival and “Celebrating WBGO 40 Years of Jazz in Newark and Beyond.” It is the closing event of the latest exhibit at the Jewish Museum of New Jersey, Ed Berger: Jazz Photographer. 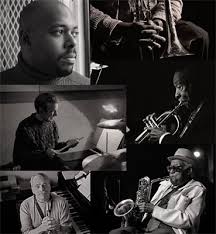 One of Ed’s biggest passions, starting from in his mid-teens, was photography. His Flickr stream contains over 9,000 photos. Many of these are of jazz musicians, including Benny Carter, Joe Wilder, Louis Armstrong, Benny Goodman, Warren Vaché, Benny Powell, Harry “Sweets” Edison, Phil Woods, Ruby Braff, and Cootie Williams.

The photographs were taken on stage, in offices and classrooms, and at homes, representing an extensive range of venues associated with a life in jazz. – [Summary, Ed Berger Photographic Collection, 1928-2016 and undated, Oberlin College Conservatory Library]

Since 2017, Ed’s photos have comprised the Ed Berger Photographic Collection at the Oberlin College Conservatory Library in Oberlin, Ohio. The 30 photos in our exhibit represent only a tip of the iceberg of Ed’s magnificent talent.

This exhibit is the product of a joint effort among the New Jersey Performing Arts Center (NJPAC), WBGO Radio Jazz Radio 88.3, the Rutgers University Institute of Jazz Studies, Congregation Ahavas Sholom and the Jewish Museum of New Jersey.

It is part of the NJPAC TD James Moody Jazz Festival and “Celebrating WBGO 40 Years of Jazz in Newark and Beyond.”

Congregation Ahavas Sholom and the Jewish Museum of New Jersey are located at 145 Broadway, Newark 07104.

There is free off street parking

For further information about the Jewish Museum of New Jersey visit the museum’s website.

As the oldest continuously operating synagogue in the City of Newark, Congregation Ahavas Sholom is an Egalitarian Conservative Synagogue with a traditional service that welcomes all Jews, fulfills their spiritual needs, provides educational and cultural experiences.

The synagogue’s mission states that Ahavas Sholom is passionately committed to the pursuit of Tikun Olam (repair of the world) and Tzedakah (social justice). Ahavas Sholom recognizes as part of Tikun Olam that it has an obligation to the environment, physical space and activities of the community. We therefore consider support for the conservation of open space, the creation of both passive and active recreation in Newark and among communities within its metropolitan area to be part of our mission.

Ahavas Sholom is characteristic of other religious institutions in Newark. Just as many inner-city churches draw the greater part of their members from outside the city itself, Ahavas Sholom now has relatively few congregants who live in Newark.

American cities are redeveloping in part as their unsurpassed cultural and religious institutions attract suburbanites to meaningful experiences. Ahavas Sholom is holy ground. It inspires those who step through its doors to pray, think, and learn, and to care about each other’s lives and the life of the community. 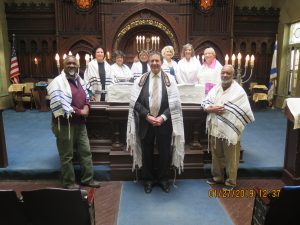 On Saturday, March 16, 2019, the Ahavas Sholom community celebrated eight of our members who were called up to the Torah as adult B’nei Mitzvah.

For many weeks the group studied and prepared for this day, under the leadership of Rabbi Simon Rosenbach.

They are men and women, mostly in their 60’s, from many differet Jewish backgrounds, who have been waiting a lifetime for this opportunity.

Some were born outside the United States, some were born into another religion, and some were just never given this opportunity as a 12 or 13 year old.

Please join us for Shabbat or the holidays if you are coming into Newark for business or pleasure.

If you need information on hotels, motels, restaurants, and Jewish life in the greater Newark area call Jeff at 973-207-3095.

From Garden State Parkway or Route 280